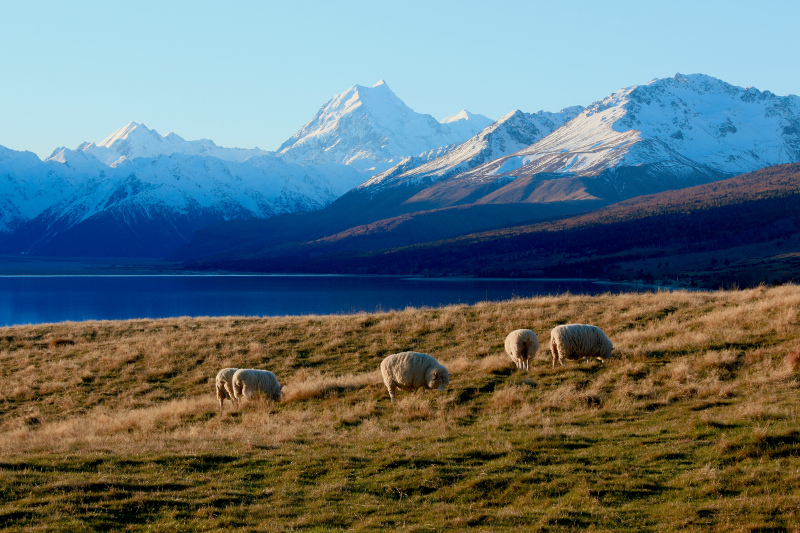 New Zealand. It was during geography lessons in school when I first learned about this country. But it wasn’t until my honeymoon that I first set foot on it. Thus began a long-term love affair that refuses to end, with the full approval of my wife.

Known as Aotearoa in Maori, New Zealand lays claim to a certain appeal that many other countries can’t: that it has so many beautiful sights within a relatively small space. There are many beautiful places in the world, I’m sure. I’ve been to many other parts of the world too. Often though, you’ll have to travel vast distances to the next destination to enjoy the scenery. A road trip in New Zealand, on the other hand, is often a tour in its own right. I have met people from all over the world who have emigrated to New Zealand, including those from beautiful countries such as Switzerland, Austria and Japan. When I asked them why they had chosen to move to NZ, they invariably cited the beauty of the land as one of the main reasons. Such is the allure of New Zealand.

What is not so obvious about New Zealand’s draw, but which has added immeasurably to its appeal, is the availability of space. There is simply so much space! In spite of its burgeoning popularity as a tourist destination, there are still swathes of beaches and lakes and countryside that you can and will be the only human soul to ‘lay claim’ on one of them for the day.

It is this vast expanse, where there are no other humans around, perhaps only with the odd herds of cows or flocks of sheep for company, that you begin to contemplate the meaning of your own existence. It presents you with the opportunity to reflect, to ‘reset’ as it were, and ultimately: to heal your soul.

The Weatherall Motels – a Lost Gem at Lake Ohau

We once checked into the 6-room Weatherall Motels, 7km past the present Lake Ohau Village, whereupon our arrival, the proprietors promptly left for their vacation. There were no other guests then and we had the whole place to ourselves! We had the lake, the mountain, the fields:  all in front of us, to ourselves. Sadly, Ohau station has since been sold and the motel demolished. In its place, is a new 10-guest self-catering luxury accommodation that might not suit every budget. Of course, Lake Ohau still has other forms of accommodation at the village. Lake Ohau is still available for public access and it is just one of the many examples of the remoteness and space that New Zealand possesses.

My Kiwi friends might disagree though, for their lives have been negatively impacted by the increased traffic, particularly for those living near popular tourist destinations like Queenstown. Granted, there has been a lot more tourists through the years, and Queenstown has seen its fair share of traffic growth. Still, I always remind my Kiwi friends that it is nothing compared to the traffic we have in Singapore (which is already a million times better than Jakarta’s and Bangkok’s – that’s a hyperbole). They take comfort in knowing that we have 5.5 million people crammed into an area the size of Lake Taupo. That is a far greater population density than they can ever imagine. My point is: you will really enjoy the wide open spaces and solitude that New Zealand has to offer, the growing tourist population notwithstanding.

New Zealand prides itself with producing fresh, GM-free food all year round. Seafood like Stewart Island blue cods, crayfish (rock lobsters) and west coast whitebait are particularly favoured. Vegetables of all sorts, even those we are familiar with back home, are aplenty (though sometimes you can only get them from the Asian stores, especially in south island).

I like the salmon farm just south of Twizel, where the fish can’t get any fresher. The poor fellas were just swimming moments ago – but were soon filleted and wrapped, ready to be devoured by the sashimi gourmand. When paired with a nice white, perhaps a Marlborough chardonnay, it is really quite complete. I’d like to borrow a line from Chef Valentine Warner, who in reference to Norway once said, “with scenery so awe-inspiring, it’s fitting that food is simplicity itself.” How true! 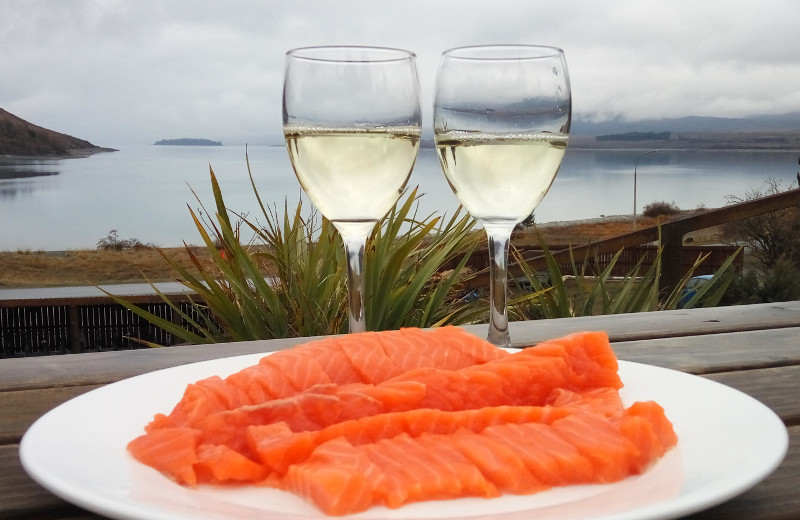 I think I have written too much for an introduction on New Zealand. And so I end this post by quoting another of my favourite TV hosts, Henry Cole. When asked about his favourite holiday, he said: “…riding Route 66 is right up there, along with New Zealand and South Africa. They are my all time top three destinations without question.” (New Zealand Herald). I wholeheartedly agree with him.

I hope you’ll enjoy the rest of my posts, as much as I relish in reminiscing my travels in New Zealand. Kia Ora!